More than 11,000 people took part in the event despite the harsh weather conditions. The race began in New Street, and finished on Jennens Road and Aston University Campus, watched by thousands of spectators giving runners support to cross the finish line.

The course itself was slightly shorter this year due to safety/ security reasons, and the route altered to avoid Cannon Hill Park and Edgbaston.

The first person to cross the finish line was Omar Ahmed in 52mins and 18 seconds!

Congratulations to all those who took part. 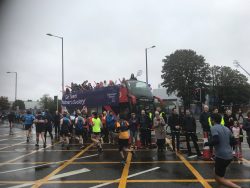 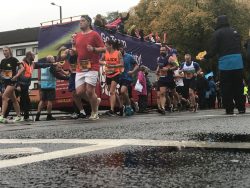