Published to mark the centenary of the first appearance of the famous Bristol scroll, this book traces its use, first in 1911 by the British & Colonial Aeroplane Company, later to become the Bristol Aeroplane Company and finally part of the British Aircraft Corporation; by Bristol Tramways Company on its engines and vehicles; and by the Bristol Omnibus Company, where the scroll became its well known fleet name from 1965. The scroll also appeared on cars, Lorries, boats and even on pre-fab houses in the 1940s. It is still in use today for heritage purposes. Illustrated with a variety of photos in colour and a further 100 in black-and-white, many never seen before, this book will provide a comprehensive survey of what was surely the most widely used and recognised symbol in transport after the London Transport bullseye.

The perfect Christmas gift or stocking filler available now for only £10. 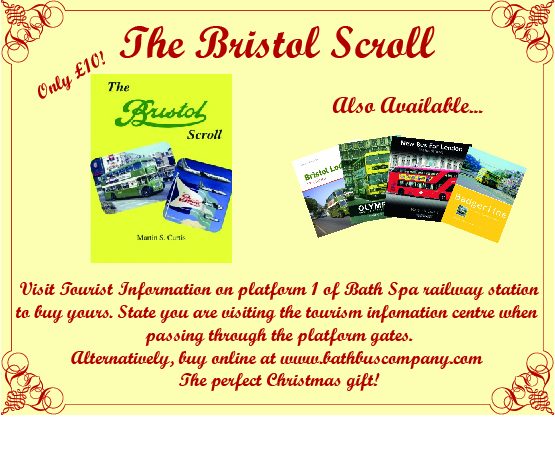